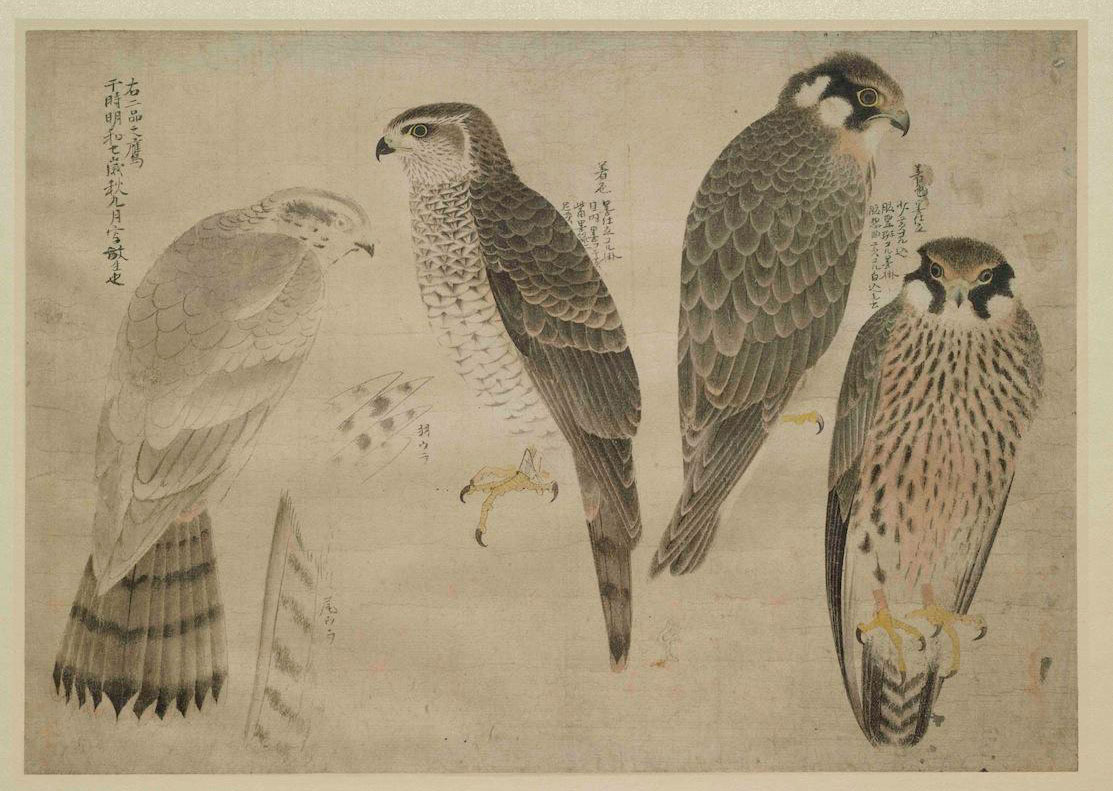 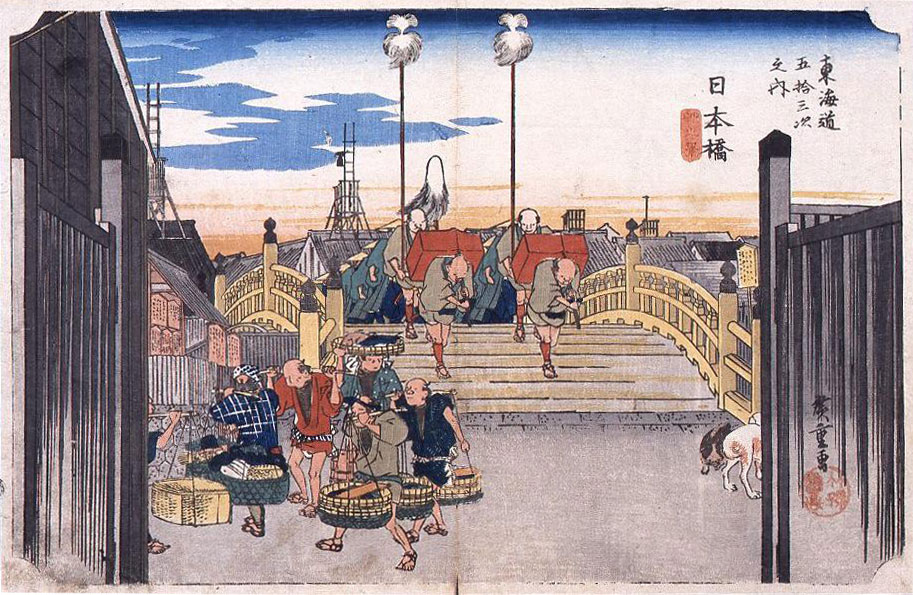 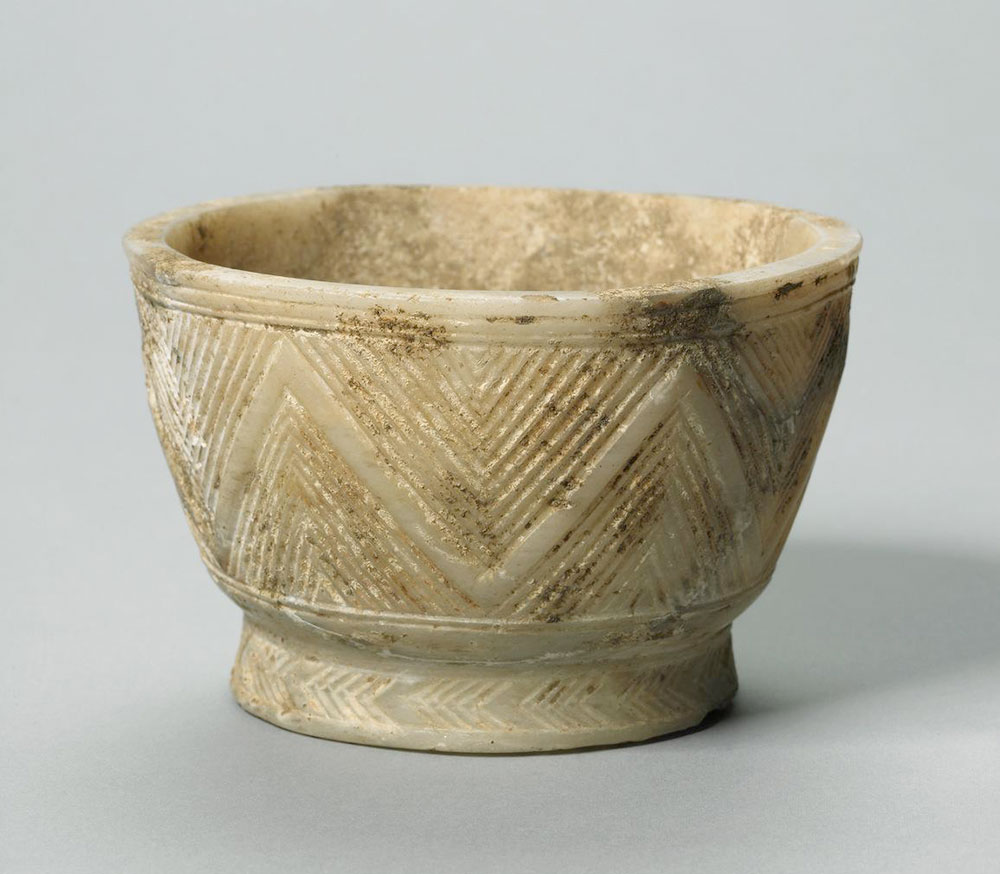 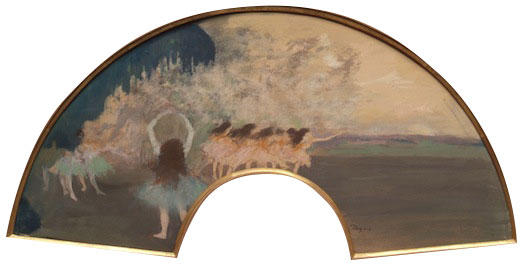 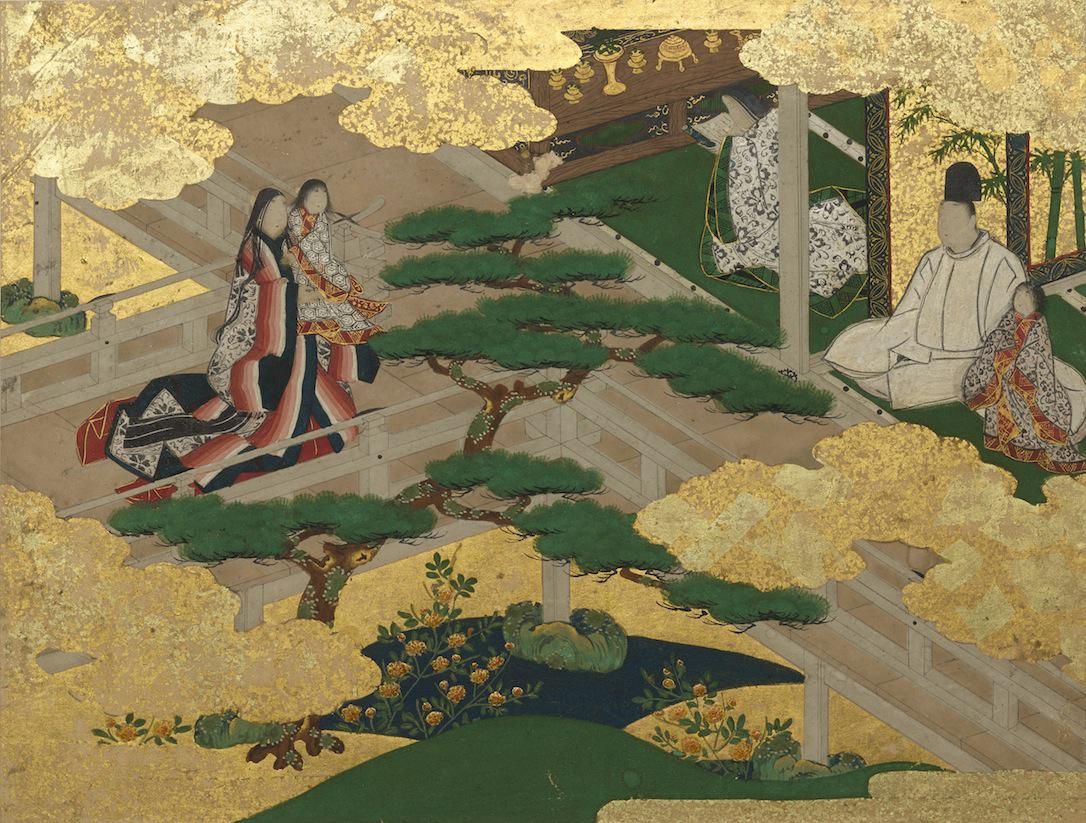 This is our first attempt to hold an exhibition centering on paintings in our collection that depict animals and plants. These displays consist of Japanese paintings and ukiyoe woodblock prints from the Edo Period (18th century) and lithographs from the 19th century created in Europe. Japanese ones include sketches by Maruyama Okyo, ukiyoe woodblock prints by the world-famous Katsushika Hokusai and Utagawa Hiroshige, and modern oil still-life paintings by Kumagai Morikazu and Takama Soshichi. The ones from Europe are lithographs, with colors added by hand, in Fauna Japonica and Flora Japonica published by Siebold, a German doctor and biologist who lived in Japan. A wild plant picture book from England and an Asian bird picture book from Asia, both of which were published around the same period, are also on display.

The 53 Stations of the Tokaido in the Hoeido edition, Nihonbashi (including first print) by Utagawa Hiroshige, Edo period

A History of Japanese Print Works Traced through the Kuboso Collection

This exhibition traces the historical transition of print works in our collection. The main exhibits are the Dharani Sutra (created during the Nara Period), stored in one of the Hyakumanto (one million pagodas), the oldest traceable publication in the world; and ukiyoe prints and wahon (print books in Japanese bindings) produced during the Edo Period. Other exhibits include those created using a variety of techniques, such as Buddhist images printed in ink from the Heian Period, Saga Books with woodblock prints from the early Edo Period, as well as Ito Jakuchu’s rubbing prints and Shiba Kokan’s copper-plate prints. This exhibition also displays the former personal collections of print books of Kaizuka Shigeki (Professor Emeritus, Kyoto University) and Sasaki Gozo (Professor Emeritus, Waseda University).

Jade Ware and Glassware―Focusing on Ancient China and Modern Europe―

Under the theme of jade and glass, both of which allow light to pass through, this exhibition introduces jade ware and glassware of China and Europe from our collection. Jade is a type of mineral, which has been highly valued since the Neolithic age in China, and a material from which a great number of artifacts have been created to date. With regard to glasswork in China, some were fashioned as copies of jade work from ancient time, while colorful works using different colored glass were created during the early modern period. In addition to those from China, this exhibition includes items from Europe, such as ancient colored glass from the Mediterranean region and Bohemian glass from the late 19th to early 20th centuries. This exhibition offers a great opportunity to appreciate the beauty of jade and glass and the elaborate handiwork involved in the ware on display.

This exhibition is an Osaka-Tokyo collaboration held at our museum in Izumi City, Osaka, with support from Tokyo Fuji Art Museum, displaying mainly portraits and landscapes created by popular Japanese and European artists among the general population in Japan. It offers an opportunity to learn the different ways of expression, and the unique characteristics of artists from the East and West in the early modern to modern periods. These artworks have been selected from the collections of both museums, and include works by Katsushika Hokusai, Ito Jakuchu, Monet, and Renoir.

Genji Monogatari Tekagami in our collection is a designated important cultural property, and a compilation of 80 pages, each of which bears a painting by Tosa Mitsuyoshi, an artist of the Tosa School in Senshu(in southern part of Osaka), from the beginning of the early modern period. The passages accompanying each of the scenes were copied by hand by 18 court nobles. Following designation of this work as an important cultural property in 2013, we conducted a preservation/restoration project over four years, starting in 2014. This exhibition is being held to commemorate the completion of the restoration and all 80 pages will be exhibited in rotation.