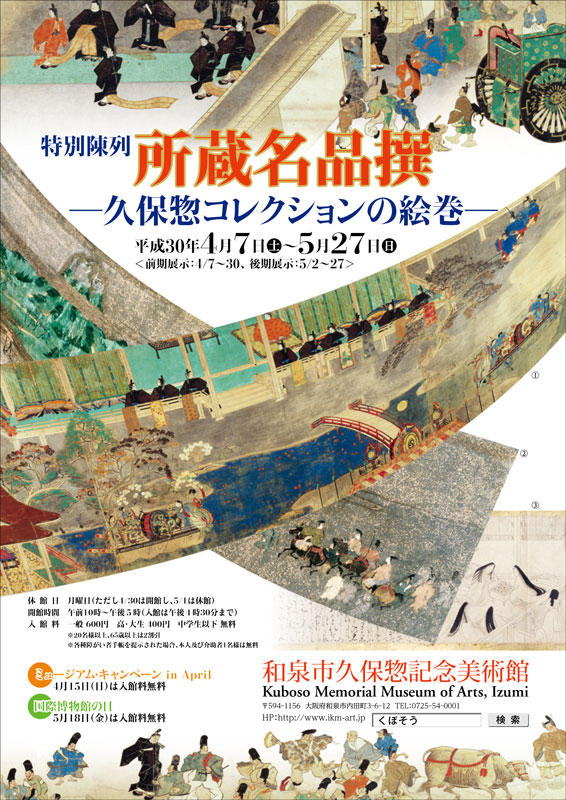 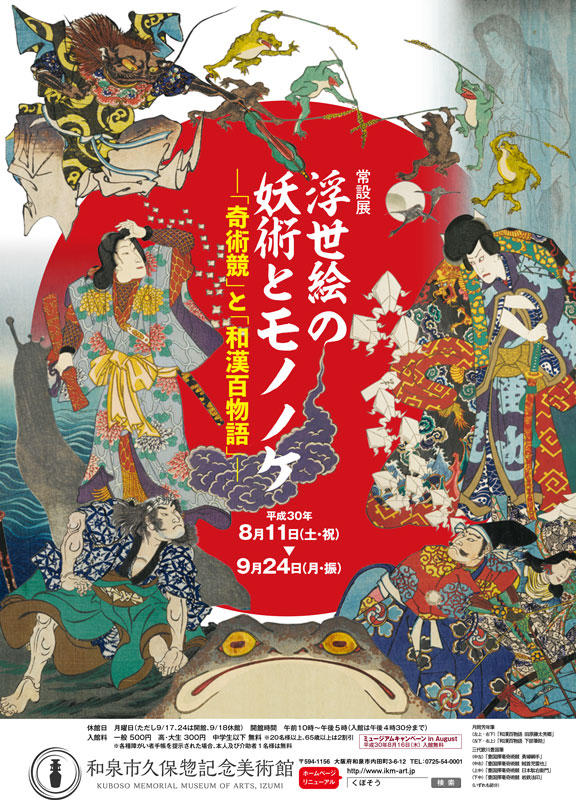 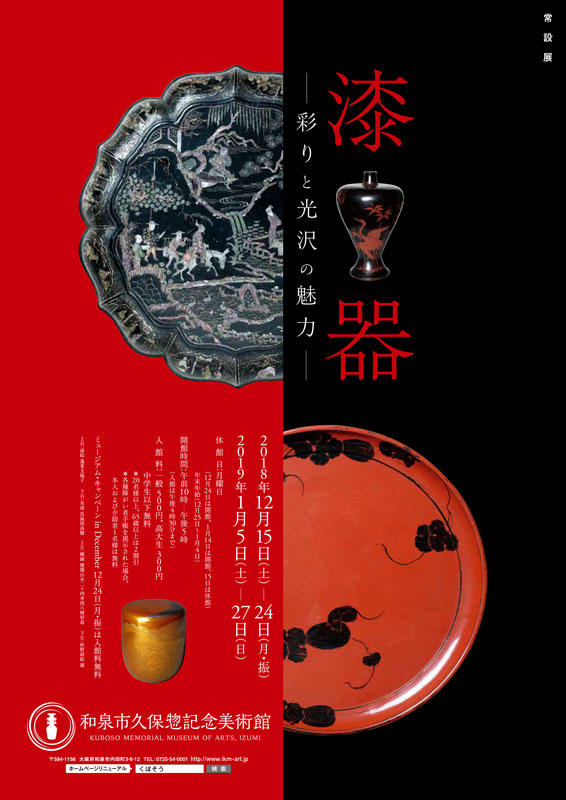 A number of emaki handscrolls from the museum collection produced from the Kamakura to Edo periods will be on display, and the works will be changed over the course of the exhibition. On display will be such works as the Kamakura-period Komakurabe Gyoko Emaki and Ise Monogatari Emaki (both important cultural properties), and the Muromachi-period Sanno Reigen ki (Important cultural property) and Edo-period Kobodaishi Gyojoki (Account of Life and Deeds of Kobodaishi). Also on display will be many notable works from the museum collection that came to Japan from China’s Southern Song Dynasty through the Imperial Family or the House of the Tokugawa Shogun such as Bansei, celadon vase with phoenix handles, Longquan ware (National treasure) and Shrike in barren tree by Miyamoto Musashi (Important cultural property) on display from May 2 to 27.

Note: The works exhibited and layout may change during the exhibition.

Old Maps; Expansion! Around the World with Ancient Western Maps

European cartography began and reached its height between the 16th and 17th century. Map-making was originally centered in Amsterdam and shifted to Paris over time. Maps were progressively updated as explorers crossed the oceans in search of new continents and returned to Europe with new discoveries. Maps represented an evolution of how people perceived the world as they reached outward with their imaginations.
As scholarly advances were made in such areas as astronomy and geography, so too did technological change come, changing map-making in fundamental ways, including the detail of what was represented in maps. The “Expansion" in the title of the exhibit refers to the expanding world as it appeared on paper, and how people were stimulated by the desire to know the unknown—motifs embodied in the world of cartography. The exhibition offers a close look at ancient maps to see how world maps evolved between the 16th and 19th centuries, which can also provide insight into how people’s world views changed during that time.

Map of Japan by Mercator–Hondius 1605

This exhibition takes a close look at the heroes, heroines, and villains (mononoke) that appear in today’s manga and anime, derived from ukiyoe prints in the Fourth Kuboso Collection. All 36 prints in the Toyokuni Kigo Kijutsu Kurabe series (A Contest of Magic—Scenes by Toyokuni) by Utagawa Kunisada will be on display along with all 24 prints of Wakan Hyaku Monogatari (One Hundred Ghost Stories of China and Japan) by Tsukioka Yoshitoshi. Enjoy the world of Ukiyoe prints enhanced by excerpts of novels and stories in which the characters appear from the works on display.

This exhibition will be held in connection with exhibitions at the Osaka Municipal Museum of Art (in 2017) and Sakai City Museum (October 2018). The exhibition focuses on the Tosa School of painters and the Sumiyoshi School, a later branch in the Momoyama period, both of which had been based in the Izumi area. The two schools were devoted to yamatoe, paintings specializing in techniques derived from ancient Japanese art. Much of the subject matter came from stories and waka poems, and the compositions used rich coloring. This exhibition provides an overview of yamatoe, and how it changed from the Muromachi to Edo periods, with a focus on the painters Tosa Mitsunori and Sumiyoshi Jokei, who had roots in the Izumi region.

Lacquerware—A Fascination with Color and Luster

Approximately 60 antique lacquerware objects from Japan and China from the museum collection will be on display. There is a long history of handicrafts made with lacquer, dating back to the Neolithic age in China and the Jomon period in Japan. Lacquer dries hard to form a waterproof seal while providing a beautiful luster. For such reasons it was used in a variety of ways—on ordinary vessels for eating and drinking, tea utensils, personal ornaments, stationery, and implements and adornments for temples and shrines. Visitors will see objects made from a single lacquer color, black or vermillion, lacquerware sprinkled with gold or silver dust, even mother-of-pearl lacquerware with bright blues and reds.

The Pleasures of Genjie—From Tosa Mitsuyoshi and Ukiyoe Prints

Genjie, paintings illustrating sections of The Tale of Genji, will be on display, starting with the Genji Monogatari Tekagami (Important cultural property) by Tosa Mitsuyoshi, the leading Tosa School painter of the Momoyama period, from the museum collection. Other works will include ukiyoe prints by Edo-period artist Utagawa Toyokuni III (the first Kunisada) and the second Kunisada. The Tale of Genji was written in the 12th-century Heian period by Murasaki Shikibu, and classic genjie that illustrate the story are on display, along with illustrations of Nise-Murasaki inaka Genji (Parody of The Tale of Genji) authored by Tanehiko Ryūtei that was in fashion in the late Edo period. Enjoy both worlds of genjie.

Nise-Murasaki inaka Genji (Parody of The Tale of Genji) by Utagawa Kunisada, authored by Tanehiko Ryutei 1829–1842